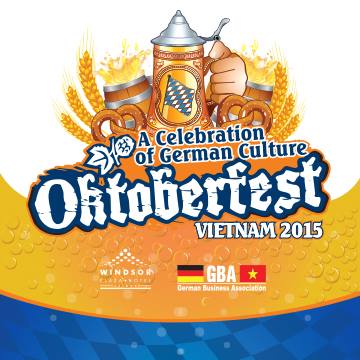 Everyone from the German, Vietnamese and international communities are invited to witness and enjoy the festivities—from the rituals of opening a barrel of beer to wearing traditional costumes, dancing to foot-stomping music, all-you-can-eat authentic German cuisine such as sausages, sauerkraut, sauerbraten and pretzels, overflowing beer, exciting games, prizes, and much more.

Guests will be presented with a collectible Oktoberfest Vietnam beer stein and will have the chance to win exciting prizes from the nightly lucky draws.

Oktoberfest is one of the most famous and biggest festivals in the world, tracing its roots from 19th century Bavarian, Germany. In Vietnam, the Windsor Plaza Hotel and the German Business Association have been hosting the event since 2005. Oktoberfest Vietnam was recognized by Reuters as one of the Top 10 Oktoberfest celebrations outside Germany, and was also featured in the Chicago Tribune.

Book your tickets online at www.oktoberfestvietnam.com or call the hotline at 0908477489.