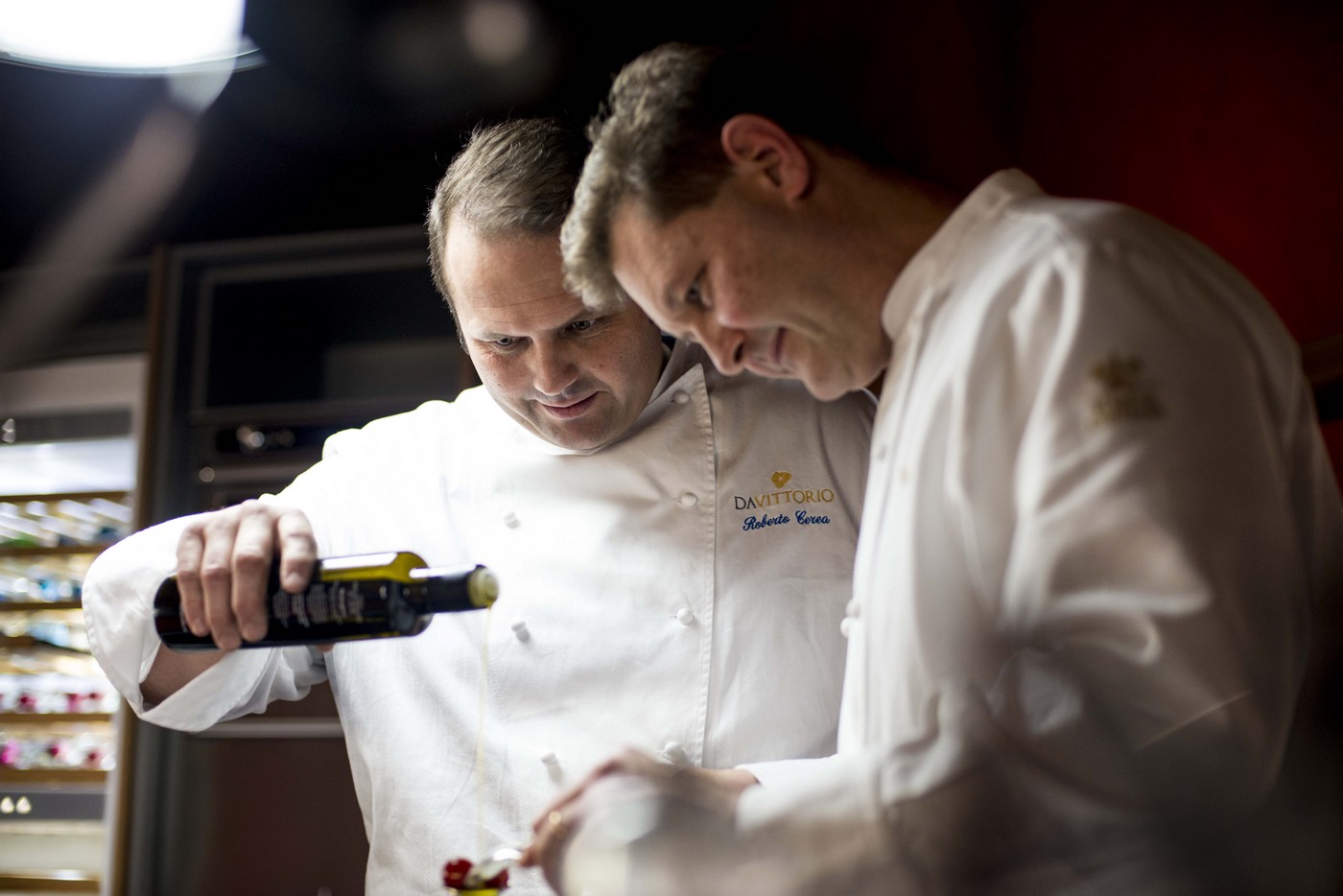 After graduating from the Institute Carlo Porta in Milan, Chef Fontana’s professional journey received a significant boost with the opportunity to train directly under some legendary Italian chefs such as Ciccio Sultano at ‘Duomo’ restaurant in Ragusa Ibla, followed by Alessandro Negrini and Fabio Pisani at ‘Il Luogo di Aimo e Nadia’ in Milan.

No stranger to conquering new frontiers, he opened the Abu Dhabi outpost of famed New York restaurant Le Cirque in 2014, before moving to India in 2017 to head up the company’s operation at The Leela Palace Hotel and Resort. From 2020 to 2022 he worked in the three Michelin-starred Da Vittorio flagship restaurant in Bergamo, Italy, where he trained under Chef Chicco and Chef Bobo Cerea to prepare for the opening brand’s new Ho Chi Minh City establishment.

“I have been blessed in my career to work with some of the world’s very best chefs, and the cumulation of this experience, and my journey, has given me this incredible opportunity here in Vietnam,” Chef Fontana said. “The history and the reputation the Cerea family has created with Da Vittorio for more than 50 years means there is great expectation for Da Vittorio Saigon, and I am grateful for the guidance and trust the family have placed in me,”

Mr James Young, Vice President of Resource Planning and Development of the WMC Group, which operates The Reverie Saigon, said the chef’s meticulous preparation, attention to detail and background made him a perfect fit for the new venture.

“Matteo is so deeply immersed in and passionate about Italian cuisine, and his talent means he is able to communicate that through the incredible traditional dishes he creates in his kitchen and in his interactions with guests” said Mr.Young.

Using this attention to detail, Chef Fontana and his team, under the guidance of Chicco and Bobo Cerea, present refined Italian favourites, including “Da Vittorio” signature dishes, each crafted to perfection from premium imported and locally-sourced ingredients. A comprehensive menu prepared using modern techniques explores a range of culinary styles with an emphasis on classic dishes that take their inspiration from a traditional Italian family setting. The combination of ingredients, including fresh seafood, imported truffles and homemade pasta, create expressive notes that ignite the senses through sight, smell, texture and ultimately incomparable flavour.

Da Vittorio Saigon is the latest entry in the fêted story of Da Vittorio, the prestigious restaurant brand from Lombardy, Italy. The new restaurant, located within Times Square Building, is destined to become the city’s premier destination for modern Italian cuisine crafted around the principles of tradition, authenticity and creativity.

Situated in the heart of Ho Chi Minh City, Da Vittorio Saigon’s alluring atmosphere, world-class service and an unmistakable culinary style will transport guests from Vietnam’s most cosmopolitan city to the home of a traditional Italian family.

RESTAURANTS
AT THE REVERIE SAIGON